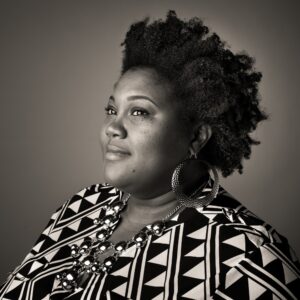 Vibrant, genuine and soulful, Dawn Pemberton has deep musical roots that take her powerful voice from gospel and soul to jazz, funk and world music. She has become a staple of the Vancouver music scene and can often be found tearin’ it up as a vocalist, pianist, teacher, adjudicator, choir director and “go to girl” for live performances and studio sessions. She is currently hosting her own funk, soul, and r&b show called “Get on The Good Foot” and a weekly Top 30 show called “On The Rise” on CKUA Radio.

Prior to March 2020, she spent her time touring with her own original music project, as well as Moira Smiley + VOCO, Vox.Infold, The Bluesberries, and Canadian blues juggernaut The Harpoonist & The Axe Murderer. Dawn has toured extensively throughout Canada and Europe and has performed with musical greats such as  Bettye LaVette, John Boutte, Kenny Werner, Kurt Elling, Robert Randolph & The Family Band, Randy Bachman, Ruthie Foster, The Hamiltones, The Sojourners, Linda Tillery and has opened for musical heavyweights Maceo Parker, St. Paul & The Broken Bones, The Philosopher Kings and Lee Fields.

Dawn is the founder and Artistic Director of Roots ‘N’ Wings Women’s Choir and teaches masterclasses and workshops all over North America. She is a certified voice teacher in Somatic Voicework™ The LoVetri Method. In past years, she directed the Voice Ensemble and Youth Choirs at the Sarah McLachlan School of Music. Her latest theatre projects include The Jesse nominated ‘Da Kink in My Hair (Nia), Kinky Boots (Vocal Coach), Beneath Springhill (Vocal Coach), Beautiful: The Carole King Story (Shirelle/Ensemble), and Choir Boy (Music Director) with the Arts Club and Canadian Stage. Dawn’s debut solo album, Say Somethin’,  released on DoRight! Music won Best Urban Recording at the 2015 Western Canadian Music Awards and has received praise from around the globe forecasting her as “…the  new queen of Canadian soul.”  A passionate educator and performer, Dawn approaches music with a sense of adventure, quirkiness, and serious groove and shapes it into her own unique and dynamic package. Tight, expressive and bold, Dawn will hit you where it counts, funk you up and make you say “Go ‘head!”. 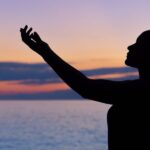 Songs of The Open Road: Exploring The Practice of Pilgrimage
September 8 - 13, 2023

For centuries, across cultures, and around the world people have made pilgrimages—moving towards distant, unfamiliar and often sacred places. While the destination often promised spiritual or personal redemption, the journey itself became a means of personal transformation and social connection. Today, pilgrimages continue to offer individuals unique opportunity to explore…