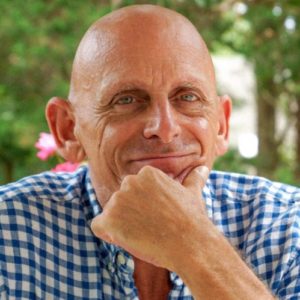 Mark Matousek is an award-winning author, teacher, and speaker whose work focuses on transformative writing for personal, professional, and spiritual development. He is the Founder of The Seekers Forum, an online community for self-inquiry, and the author of seven books, including the international bestseller Sex Death Enlightenment: A True Story, Writing to Awaken: A Journey of Truth, Transformation, and Self-Discovery, and his latest, How Emerson Can Change Your Life: Lessons From an American Stoic.

His work has appeared in numerous anthologies and publications, including The New Yorker, O: The Oprah Magazine, Tricycle, and Harper’s Bazaar. He blogs regularly for Psychology Today and offers courses in creativity and spiritual growth internationally.

Mark graduated Phi Beta Kappa from the University of California, Berkeley in 1979, and received a fellowship to Worcester College, Oxford, after being awarded an M.A. in English Literature from UCLA in 1981. Upon graduation, he moved to New York, where he worked as a proofreader at Andy Warhol’s Interview. Mark was co-editor on Still Here, by Ram Dass. He is a co-founder of V-Men, the male arm of V-Day, Eve Ensler’s movement to end violence against women and girls. He is on the faculty of Hollyhock, The New York Open Center, The Omega Institute, 1440, Esalen, The Rowe Center, and Blue Spirit Costa Rica. His workshops, classes, and mentoring have inspired thousands of people around the world to reach their artistic and personal goals. 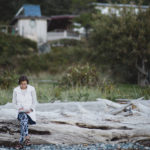 This transformational five-day program uses personal writing as a path of self-discovery, authenticity, and spiritual growth. When you learn to express the whole truth about your life experiences – for personal use or publication – you come to understand the mythic dimension of your personal struggles, triumphs, confusions, longings, digressions,…