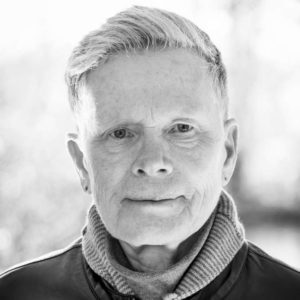 Betsy Warland has published 14 books of poetry, creative nonfiction, and lyric prose including her best-selling 2010 book of essays on writing, Breathing the Page—Reading the Act of Writing. In 2023, a second edition of Breathing the Page will include nine new essays and be published by Cormorant Books, Toronto. In 2022, the premiere of a street opera composed by Lloyd Burritt that was based on Warland’s memoir Oscar of Between — A Memoir of Identity and Ideas was premiered to a resounding reception. The second edition of Warland’s first memoir, Bloodroot — Tracing the Untelling of Motherloss (2000), that includes a new essay by Warland that reflects on what Bloodroot taught her terms of craft and the nature of narrative was published in 2021. Author Ayelet Tsabari wrote: “The first time I read Bloodroot, I was astounded. The book’s daring form, ground-breaking at times…gave a generation of young promising writers permission to tell their stories in the way they demanded to be told.”

Warland has been teaching creative writing workshops and courses for the past 35 years. She co-founded the national Creative Writer Nonfiction Collective in 2004. She was the director of The Writer’s Studio at Simon Fraser from 2001-2012 and TWS Mentor in 2001-2003, 2005, 2019-2000, she remains on TWS teaching faculty. In 2007, she founded the six-month Vancouver Manuscript Intensive program, which she directed for 14 years and continues to mentor in.

Warland has been the nine-month Writer in Resident (Saskatoon Public Library), and an instructor at SFU, UBC Booming Ground, Langara and Sage Hill Writing Experience.

Warland received the City of Vancouver Mayor’s Literary Excellence Award in 2016. A new national award, The VMI Betsy Warland Between Genres Award, was established by the co-directors of VMI in 2021.

A professional manuscript consultant/editor, Warland works with writers from across Canada and the UK. 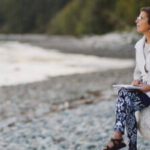 Tapping the Stream is a 7-day retreat – free from interruption – to explore the direction of a work in progress, as well as to foster creativity through community with other writers. This unique retreat combines self-directed writing time, a one-on-one session with Betsy or Shaena, several craft intensives (focusing on…