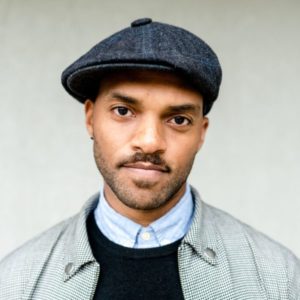 Khari Wendell McClelland is an award-winning musician and sought-after facilitator who uses the arts and experiential activities for transformational learning.

Originally from Detroit, Khari made his way to Canada over a decade ago and is currently based in Vancouver, BC. Khari’s passion for community service is clear, both in his musical life and in his facilitation work. He balances his time each year performing and working with communities as a facilitator. He has worked throughout Canada and internationally in Africa, Australia, Europe, The United States, and Jamaica.

Recently, Khari received critical acclaim for his Freedom Singer project, recreating the music fugitive slaves carried on their journey north into Canada. He also performs with the beloved gospel group, The Sojourners. Whether on stage or in community, Khari’s passion for equality and justice is palpable, as is his belief in the redemptive power of music