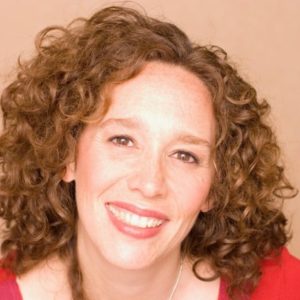 Tzeporah Berman BA, MES, LLD (honoris causa) has been designing environmental campaigns and working on environmental policy in Canada and beyond for over thirty years. She is currently the International Program Director at Stand.earth and the Chair of the Fossil Fuel Non-Proliferation Treaty Initiative. She is the Co-founder of the Global Gas & Oil Network, the former co-director of Greenpeace International’s Global Climate and Energy Program, and the co-founder of ForestEthics (now Stand.earth).

In 2016 Tzeporah was appointed by the Premier of Alberta to Co-chair the Oil Sands Advisory Working Group tasked with creating policy recommendations on how to implement the climate plan, address cumulative impacts of the oil sands and recommendations on meeting Canada’s climate targets between 2030 and 2050. Also in 2016 Tzeporah was listed as one of the 35 Most Influential Women in British Columbia by BC Business Magazine and awarded the Brescia University College Activist Award.

In 2015 she was appointed to the BC Government Climate Leadership Team tasked with making policy recommendations to meet BC legislated climate targets. Also in 2015, she was awarded the YWCA Women of Distinction Award in British Columbia.

She is the Canadian Ambassador for World Future Council Global 100% RE, a fellow of the Broadbent Institute and Planet in Focus’ 2014 Canada Eco-Hero. In 2013 she was awarded an Honorary Doctorate from the University of British Columbia, Corporate Knights named her one of the Top Women in Sustainability (Canada), and she was nominated for Climate Woman of the Year by Responding to Climate Change. Tzeporah was appointed by the Premier of British Columbia to the Green Energy Task Force in 2009 to design recommendations for the development of renewable energy in the region. Tzeporah was one of the experts in Leonardo Di Caprio’s environmental documentary 11th Hour, was one of six Canadian nominees for the Schwab Social Entrepreneur of the Year Award, has been profiled as one of 50 Visionaries Changing the World in Utne Reader and as “Canada’s Queen of Green” in the cover story for Readers Digest. She was honoured by inclusion into the BC Royal Museum permanent exhibit of one of 150 people who have changed the face of British Columbia.

Tzeporah was one of the creators and lead negotiators of the Great Bear Rainforest agreement and the Canadian Boreal Forest Initiative. Her work has contributed to the protection of over 40 million hectares of old growth forests.

For six years Tzeporah worked to coordinate strategy and grant-making for pipeline and oilsands campaigns in North America. At Stand.earth she works to help develop strategies for the Amazon, shipping, fashion, pipeline, LNG and old growth forests campaigns as well as the SAFE cities initiative.

Her first book, This Crazy Time: Living Our Environmental Challenge was published by Knopf Canada. She has also published opinion pieces in the Globe and Mail, the National Observer, the Guardian and the Financial Times. She speaks widely on the Net Zero strategies, the oil and gas industry, climate policy and the need for the Fossil Fuel Non-Proliferation Treaty.

In 2021, she was arrested for blockading the logging of thousand-year-old trees in Fairy Creek on Vancouver Island and she gave a widely-viewed TED Talk presenting the case for a global treaty to phase out fossil fuels.