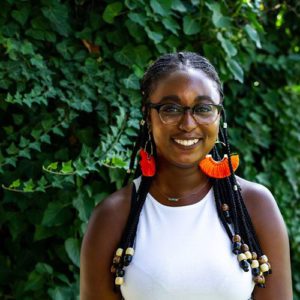 larke Humphrey most recently worked as Digital Director for the COVID-19 Response Team at the Biden White House, where she drove the online effort that resulted in more than 186 million Americans getting fully vaccinated against the virus.

Prior to that, she served as Deputy Digital Director on the Biden-Harris Campaign overseeing the grassroots fundraising operation and raising more money online than any campaign in American history.

Clarke was previously the Democratic National Committee’s Online Fundraising Director, where she oversaw the email, SMS, and digital ads programs and modernized much of the committee’s grassroots fundraising infrastructure. She also spent some time focused on list acquisition and growth at a digital ads firm and worked as the North Carolina Digital Director on Hillary Clinton’s presidential campaign in 2016.

Originally from Boston, Clarke graduated from Northwestern University, where she studied journalism and developed a love for Chicago deep dish pizza. She lives in Washington, DC where she spends her free time eating Ethiopian food, taking long walks on the mall, and catching the occasional show at the Anthem or Capital One Arena.