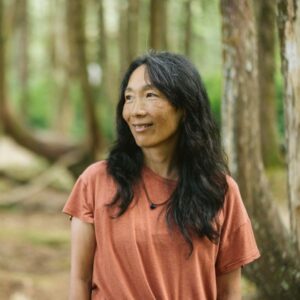 Heidi MacPherson was born on Jeju Island, now part of South Korea but historically, independent and deeply rooted in its own island culture with a distinct language and culture. Jeju Island, specifically the Haenyeo (free diving women of the sea) is listed in UNESCO’S “Intangible Cultural Heritage” with less than 4000 speaking Jejuan and far fewer practicing the cultural matriarchal arts of the Haenyeo and the island’s Shamanism and Animism. During the Joseon Dynasty (1392 – 1910), “Jejudo Island” was a name to be feared. A sentence of exile to Jeju was second harshest next to execution. The Jeju National Museum offers a history of exile with artifacts spanning centuries. They came from all classes of society — royal family members, scholars, and thieves. Many were banished for political and cultural conflict, sexual orientation, and insurgent art and poetry.

Heidi’s current research is the exploration of cultural intersections through the expression of movement, music, writing, landscapes and living yoga.

Heidi is a Certified Advanced Specialist in Piano, Harmony, and History with the Royal Conservatory of Music. She holds E-RYT 500 with the Yoga Alliance and has over 1000 hrs of supplemental training in Yin, Hatha, Anatomy and Biomechanics, Meditation, and Philosophy. She studied Landscape Architecture at University of British Columbia. She currently resides in the Hahuulthii of the Tla-o-qui-aht Ha’wiih in the coastal surf town of Tofino, BC where she teaches yoga, music, and practices Landscape Architecture. Her current yoga teachings are focused on the cultural intersections of the yoga tradition, East Asian philosophies and earth wisdom of the Tla-o qui-aht First Nation. Heidi lives within the cultural intersections of the Tla-o-qui-aht, the stateless, the Jejuan diaspora, Zainichi Koreans, and the inter generational effects of war, genocide and assimilation. 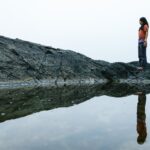 Cultural intersectional pedagogy teaches us to live in a courageous space, the space that marginalized and stateless individuals survive in every day. What are cultural intersections and how do we navigate diversity through mindful, thoughtful, and courageous living? Create and develop your Cultural Compass that guides you towards holistic living…