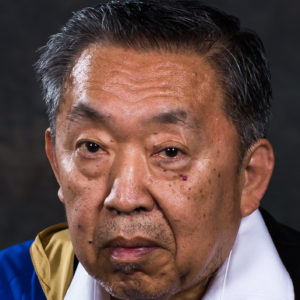 Dr. Steven K.H. Aung is a family, geriatric, and integrative medicine physician, and a traditional Chinese medicine (TCM) practitioner, calligraphy artist and teacher. He seeks to blend Eastern, Western, and natural medicines in his medical clinic in Edmonton, Alberta, Canada.

Dr. Aung has been a World Health Organization (WHO) advisor on acupuncture nomenclature and cancer pain control, and also served as a WHO advisor in the standardization of acupuncture indications, training, and safety.

Dr. Aung has been awarded a Professional Excellency from the Academie Diplomatique de la Paix in 1986, the Alberta Order of Excellence in 2002, and the Queen Elizabeth II Golden Jubilee Medal in 2003. In 2005, he received the International Humanitarian Award from the Ancient Mystical Order of the Rosicrucians. He was also one of the recipients of a Physician of the Century Award from the Alberta Medical Association. In 2006, he was inducted as a member of the Order of Canada, the nation’s highest civilian honour. In 2012, he received the Queen Elizabeth II Diamond Jubilee Medal and in 2017 he was a recipient of the Dr. Rogers Prize Groundbreaker Award for excellence in complementary and alternative medicine (CAM).

Dr. Aung is the author of several articles and books on various aspects of TCM, as well as Chinese calligraphy and painting. His vision and mission is the integration of TCM, complementary and Western biomedicine, within the context of a more natural and compassionate approach to primary health care for all.