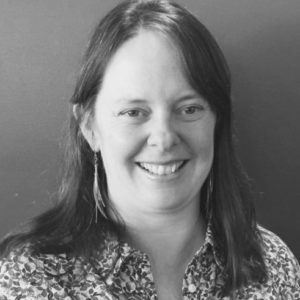 Jennifer Moss has spent nearly 20 years as a storyteller in various media. Starting in theatre, she moved into the print journalism, radio, podcasting, and digital interactive fields. Her writing revolves primarily around arts, social issues, and character-driven stories.

Jen has worked extensively in radio production for both CBC and Roundhouse Radio in Vancouver. She won a Jack Webster Award for Best Audio Feature in 2010 for Wild Art, a story about an artist and recovering addict. Jen has been a writer and interactive story producer on numerous award-winning interactive projects, including Bear 71 (NFB), Seven Digital Deadly Sins (The Guardian), Hyperlocal (CBC), Life on Hold (Al Jazeera), and The Last Hunt (NFB). She currently teaches Creative Writing for New Media, and Creative Writing for Podcasting at the University of British Columbia.