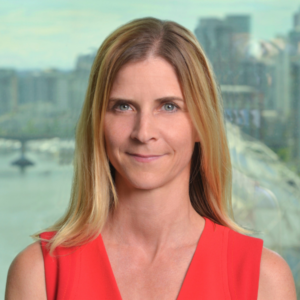 As President and Chief Executive Officer of Vancity, Canada’s largest community credit union, Christine
believes that banking plays a vital role in developing a healthy society – building the well-being of people
and, at the same time, ensuring the long-term sustainability of the communities in which they live and
work. Christine is also the Interim CEO of of Vancity’s federally chartered bank Vancity Community
Investment Bank (VCIB).
Prior to becoming CEO, Christine held several senior leadership roles within Vancity. Prior to Vancity, she
spent her career working in early stage venture capital, public markets and broadly with entrepreneurs;
financing innovative companies and building financial firms – all focused within the cleantech,
sustainability and impact investing sectors.
Christine’s achievements in fostering community impact, social justice and environmental sustainability
have earned her accolades from Business in Vancouver magazine as a previous Top 40 under 40 winner,
and as a 2021 most influential business leader in British Columbia. She has also received several awards
as an influential woman in finance and, and in 2017 Clean50 awards recognized her for her dedication to
sustainability.
Christine chairs the board of InBC Investment Corp., and currently represents North America on the
United Nations Environment Programme Finance Initiative’s Banking Board. She is a member of the
Government of Canada’s Sustainable Finance Action Council, and serves on the board of Aviso Wealth
and the Board of Governors for the BC Business Council.