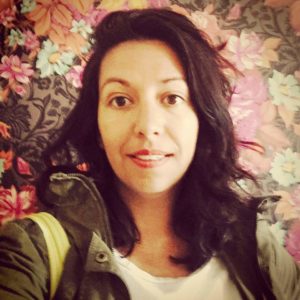 Devyani Saltzman is a Canadian writer, curator and arts leader with a deep practice in relevant, multidisciplinary, programming at the intersection between art, ideas and social change. She was most recently the Director of Public Programming at the AGO, working across all disciplines, where she was brought into the museum context to increase engagement and continue to reshape the idea of the museum as a forum for discourse, reflecting community and the narratives of Torontonians.

Saltzman was previously the Director of Literary Arts at the Banff Centre, the first woman and first woman of colour in that role, as well as a founding Curator at Luminato, North America’s largest multi arts festival. Her work has appeared in The Globe and Mail, National Post, The Atlantic and Tehelka, India’s weekly of arts and investigative journalism. She sits on the boards of the Writers’ Trust of Canada, OAAG and SummerWorks Performance Festival, and has been a juror for the National Magazine Awards, Canada Council for the Arts, Ontario Arts Council and The Hilary Weston Writers’ Trust Prize for Nonfiction. Saltzman has a degree in Anthropology and Sociology from Oxford.