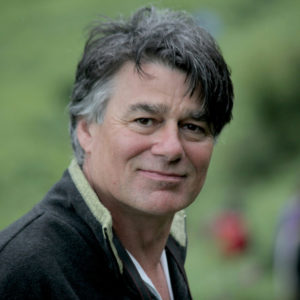 David Whyte, poet, author, and speaker, grew up with a strong, imaginative influence from his Irish mother among the hills and valleys of his father’s Yorkshire. The author of nine books of poetry and four books of prose, David holds a degree in marine zoology and has traveled extensively, including living and working as a naturalist guide in the Galapagos Islands and leading anthropological and natural history expeditions in the Andes, Amazon, and Himalayas. His life as a poet has created an audience in three normally mutually exclusive areas: the literary world of readings that most poets inhabit; the psychological and theological worlds of philosophical inquiry; and the world of vocation, work, and organizational leadership. David holds honorary doctorates from Neumann College in Pennsylvania and Royal Roads University in Victoria, British Columbia.