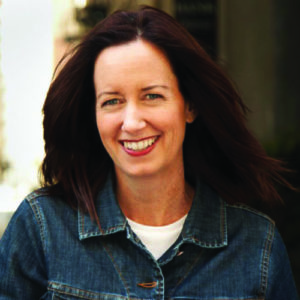 Ann Randolph is considered one of the most gifted and innovative writer/performers in the US. Her Ovation Award-winning solo show, Squeeze Box, was produced Off Broadway by Mel Brooks. Ann received “Best Solo Performer 2015” by the LA Times for her current show, LOVELAND which played for two years straight in San Francisco. LOVELAND also played to sell out audiences in LA and won the LA Weekly award for “Best Solo Show” and the SF Bay Critic’s Award for “Best Original Script”.

Ann’s previous solo  show, Squeeze Box was produced by Mel Brooks and the late Anne Bancroft and enjoyed a successful Off-Broadway run before touring the United States and headlining at the Edinburgh Fringe Festival.  Squeeze Box garnered both the Los Angeles Ovation Award  and the LA Weekly Award for “Best Solo Show.”  Her other solo works include Down Home, Shelter, and Miss America for which she won the LA Weekly Award for “Best Solo Performer.”  A favorite spoken word artist, Ann has won the LA Moth and been a regular on LA’s long running Spoken Word Series, Tasty Words, SPARK, and Gorgeous Stories.  Her personal essays and interviews have been featured on NPR, PBS and the BBC.

In the words of Alanis Morissette, “Ann is a Master Teacher.”