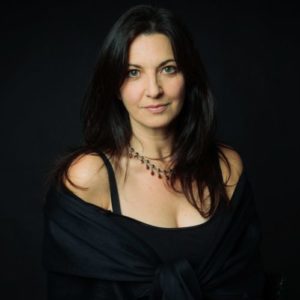 Tracey Erin Smith is an internationally recognized transformational leader and creator.  She is the founder and driver of SOULO Theatre, originating in Toronto, with workshops in New York City, Tel Aviv, San Francisco, Vancouver and the UK. A proud Canadian, Tracey is an award-winning teacher, solo performer, theatre director and thought leader employing personal stories for transformation.

Tracey’s work had been seen Off-Broadway and on several stages the world over where she has been awarded Best of the Fringe (Toronto and NYC), Broadway World Award (NYC), and the Audience Choice Award (NYC). She is the host and creator of the critically acclaimed documentary series DRAG HEALS (Amazon Prime, Apple TV).

Tracey is also a two time Diamond First Place Award Winner for Best Theatre Instructor (The Toronto Star). She has helped create hundreds of solo shows that have been performed on stages around the world. In the spring of 2020 Tracey and her partner embarked on a life changing adventure and purchased a gorgeous off-grid hunting and fishing lodge in Southwest Nova Scotia. Along with learning many new things about survival Tracey is also hard at work on her first book The SOULO Process due out in the fall 2022.